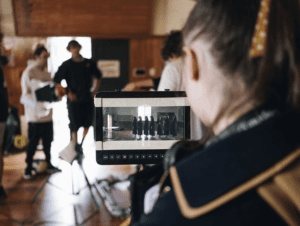 I’m Pixie Faye, I grew up in nelson starting out in the industry young at 14 working with MediaWorks and TV3 on demand making short adverts.

I later worked with children for a few years running the media side of Bridge valley camp, Once I did an internship that lead me to England for a 3 month trip alone at 17 I fell in love with making movies but most of all editing them!

I then decided to take my love of editing seriously and studied at South Seas Film School in post-production, editing several short films and documentaries over the year.

I was granted a warner brothers scholarship and worked as Ingest-Media wrangler on Ru Pauls Drag race, The Block NZ, Celebrity Treasure island, The Great Kiwi Bake-off, and many more.

I left Auckland just before the level 4 lockdown and have decided to focus more on my independent film and also doing some freelance for a while.