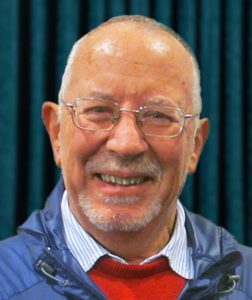 Creator of many mainly documentary films, the first one in 1979. Mostly New Zealand stories, some Australian ones, and a lot of Marlborough stories since moving here some 20 years ago.  Heritage stories, and tales of ordinary people doing extra-ordinary things are what appeal to me most. Spent some years at Griffith Film School in Brisbane, completed a Masters degree in Media Production and wrote a thesis on documentary editing, which earned me a DVA (Doctor of Visual Arts).

Still engaged in worth-while documentary projects, helping others, and digitising much of my earlier work for the archives. Much of the local stuff can be seen in the Youtube Channel “Marlborough Video Vault” – https://www.youtube.com/channel/UCPsLUEiw11N8wCobwEmphtg/videos?view=0&sort=p&flow=grid