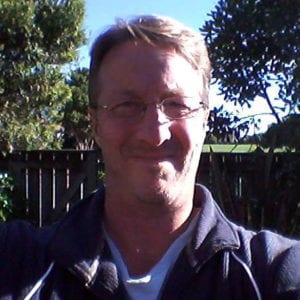 Justin Eade is a screenwriter and playwright from Nelson with 20 feature length film scripts and 6 full-length plays completed.

In 2011 he won the $25,000 Kairos Prize for screenwriting in LA, and has had several of his scripts optioned and developed in the US. In addition to writing feature screenplays he has also written and produced several short films, ‘Express Takeout’ and ‘Belvedere Excelsior’, and is planning a third, ‘Opal Valley’.

He has written sketch and situation comedy for TV and been involved in creating a one-hour telemovie ‘The Possum Hunter’ for TV3.

Justin has had numerous radio plays and short stories produced for Radio New Zealand, and in 2003 won the Sunday Star-Times short story competition for a story ‘Apples’. In 2016 his short story collection ‘Northern Rock Light’ was published by Rangitawa Publishing.

He also writes and produces stage plays, one of which, ‘Central Otago Man’ has now had three successful productions. Two other plays, ‘Maungatapu’ and ’67 off 52′, are set for productions in late 2017. He was recently made a client by national playwrighting body Playmarket.