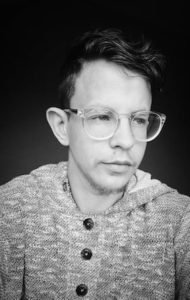 Born in Russia. Alexei has been living in New Zealand most of his life with a story to tell. He has been a part of the film and acting industry for over 15 years. His very first major acting role which began in a New Zealand Children’s Television series in 2004. Alexei’s career has then gone on to other opportunities both in front of the camera, and on the stage.

These include: Musicals, Films and even as a musician performing at major events both in Nelson and Christchurch. His experience working behind camera was only matter of time and from that he has knowledge and the skill set to bring forth a creative side where he likes to think outside the box and build community with others within the industry.